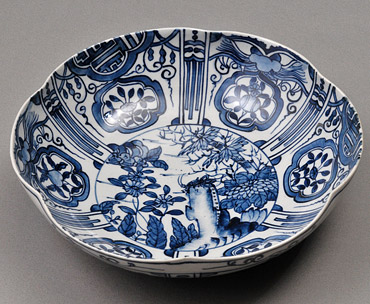 Kaminohata-yaki pottery is the modern-day resurrection of an old style of pottery that was only made for 10 years during the late Edo period (1800's).
Kaminohata-yaki is the oldest porcelain ware produced in the northern area of Japan. During the late Edo period (mid-18th century) the Nagatoro Clan in Higashine invited Imari-yaki pottery artisans from Osaka to help establish a local industry. The kiln that was built, due to economic troubles, was closed only 10 years after its opening. Many years later, Mr.Hyodo Ito, who lived in Obanazawa during his childhood days, revived Kaminohata-yaki pottery. 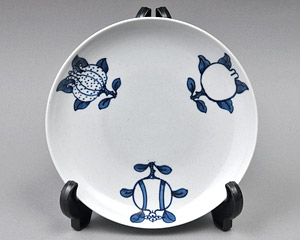