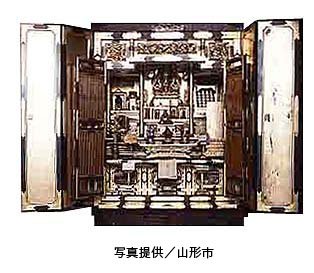 During the mid-Edo period (1700's) the Hoshino Family brought their Butsudan-making techniques to Yamagata
Hoshino Kichibei learned about Buddhist altar making in Shinjuku in Edo (present-day Tokyo) and brought the techniques back with him to Yamagata. Yamagata had always produced good quality lacquers and timber in great volume and, with its protective environment for artisans and existing crafting techniques and sophisticated culture transmitted from Kyoto and Osaka through trade along the Mogami River, these factors aided the swift development of Buddhist Altar production. After the Meiji period (1868~) production was condensed into 7 stages, and Yamagata Buddhist Altars have continued to be made in this way through to today. 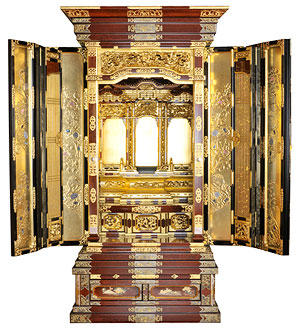 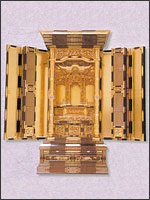 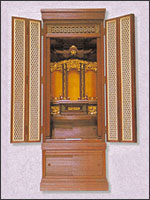 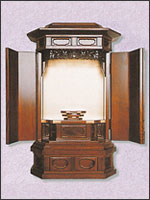 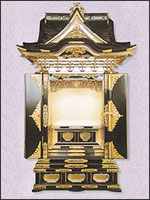