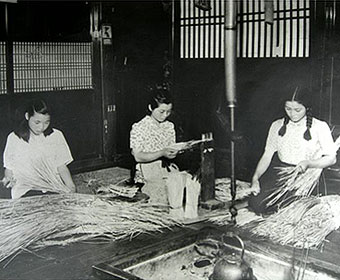 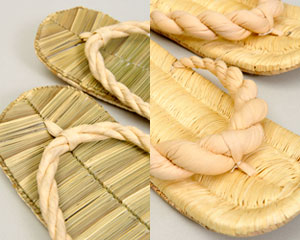 The only authentic hand-knitted sandals in Japan using rice straw from Toyokuni, a near-extinct variety of rice.
Presently, there are only 5 people who can knit sandals in Sagae City. Handmade sandals are produced and sold by Karube-Zori. Recently Toyokuni, which is said to be near extinct, has been cultivated and used to produce sandals. Sagae City is the only place in Japan where traditional sandals are produced by hand. They are popular with those who value authentic goods, such as professionals engaged in making historically accurate television programs or movies.