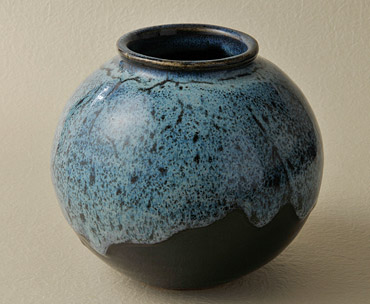 * As for the former Yonezawa Clan's Narushima-yaki Pottery, please refer to the corresponding pages 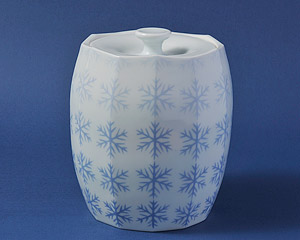 The Wakui-gama kiln's modern technical art is based in tradition, expresses the present, and connects with the future
Narushima-yaki pottery, which was used as daily ware in the clan, features Kuro (black) and Namako glazing. The first proprietor, Mr.Fujio Wakui, made tea wares and modern pottery as he tried to enhance the artistic value of the modern technical art which is said to be based upon tradition, expressive of the present, and be connected to the future. In January 2010 his efforts were recognized and designated by Nagai City as an intangible cultural asset. In addition the second-generation owner Mr.Osamu Wakui inherited his father's style and is pursuing the production of porcelain wares where patterns are drawn on the white skin of the pottery.